Cool temperatures and the changing foliage make fall an ideal time for a road trip. Here are five recommended destinations offering something new and different for shaking off the dog days of summer and basking in the cool, golden glow of autumn without having to get on a plane.

For avid cyclists, the newly redesigned Applewood Manor ($295 and up, 62 Cumberland Circle, 828-254-2244, www.applewoodmanor.com) offers guests a Fall Peep and Pedal experience for an additional fee. The five-room bed and breakfast located on a hillside in the leafy Montford Historic District is owned by a former competitive cyclist who also serves as the inn’s cycling concierge. The package includes the use of a premium lightweight 3T Exploro bike suitable for riding on asphalt and gravel roads, curated routes that include the Blue Ridge Parkway, a box lunch, nutritional snacks and a post-ride charcuterie sampling and local craft beer tasting. Bring your own bike for a discount. Of course, non-cyclists are welcome at Applewood, too, and will relish the inn’s culinary program that includes a farm-to-table breakfast, local wine and beer tastings and culinary-themed events with guest chefs. Venture downtown, about a mile away, for shopping and dining. While you’re there, check out The Montford Rooftop Bar (199 Haywood St., 828-505-8730, themontford.com) where seasonal craft cocktails complement the mountain vistas. 208 miles north via I-85 to I-26. 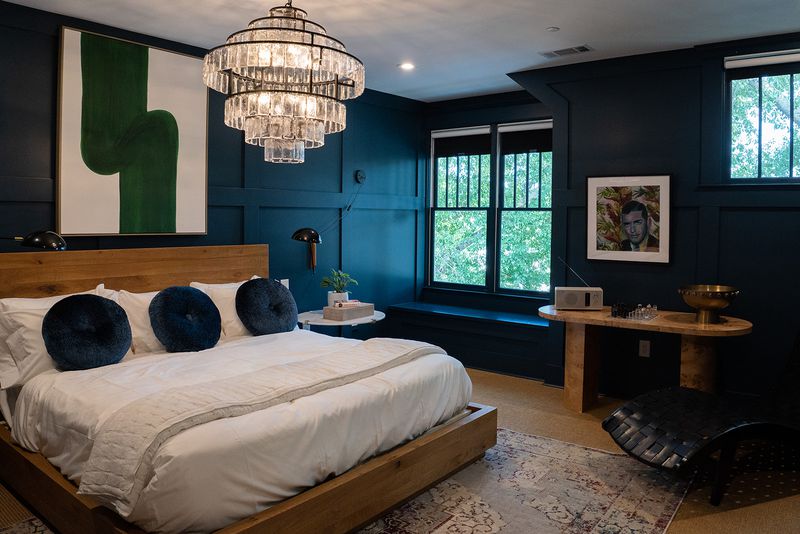 Explore Athens’ burgeoning craft beer scene by visiting one or more of the town’s six breweries. Terrapin Beer Company (265 Newton Bridge Road, 706-549-3377, www.terrapinbeer.com) is the first and the largest, and the new Normaltown Brewing Company (149 Oneta St., 706-850-8996, normaltown-brewing-co.business.site) is the smallest and a bit hard to find tucked away on the backside of the eclectic warehouse district, Chase Park Warehouses. Stay the night at the Rushmore ($200 and up, 1175 S. Milledge Ave. 706-850-0902, stayathbnb.com), a new bed and breakfast in the Five Points neighborhood. A renovated circa-1918 house in a neighborhood full of repurposed historic homes, it operates like a small boutique hotel with all the modern amenities one would expect in 14 well-appointed suites, each with its own theme, curated art and bespoke furnishings. Breakfast is provided by The Café on Lumpkin. Walk next door to Marker 7 Coastal Grill (1195 S. Milledge Ave., 706-850-3451, www.marker7coastalgrill.com) for seafood and beachy drinks on the covered deck or venture a few houses down to celebrity chef Hugh Acheson’s flagship restaurant Five and Ten (1073 S. Milledge Ave., 706-546-7300, www.fiveandten.com). 72 miles northwest via I-20 to U.S. 78. 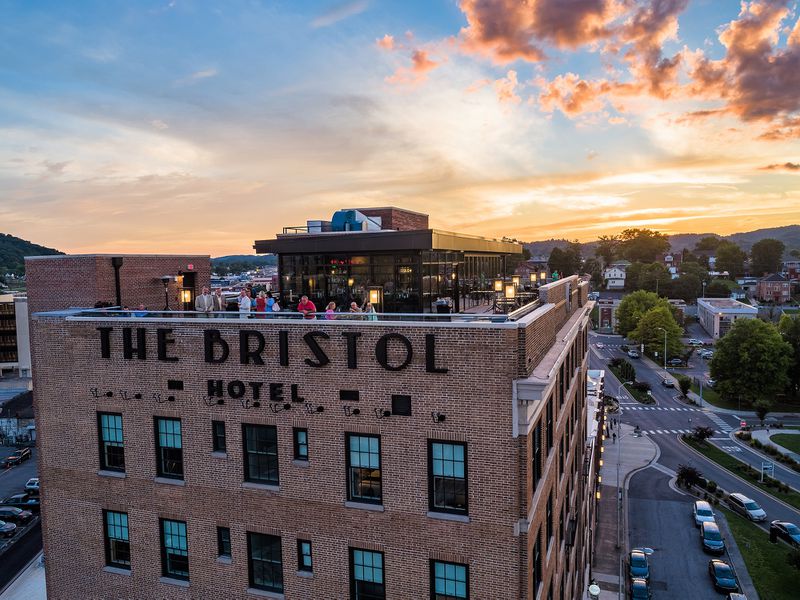 Bristol is a border town where the boundary between Virginia and Tennessee runs down the middle of State Street. If you forget which state you’re in, look for the flags lining the thoroughfare. On the Virginia side is the Birthplace of Country Music Museum (101 Country Music Way, 423-573-1927, birthplaceofcountrymusic.org), showcasing the Bristol Sessions, a series of 1927 recordings that are widely considered to be the genesis for country music. The museum is an affiliate of the Smithsonian Institution and contains permanent exhibits focusing on the impact these groundbreaking recording sessions had on the world of music and tells the story behind them. There are also galleries devoted to temporary special exhibits and a radio station broadcasting from the museum — Radio Bristol WBCM 100.1 — that airs live music sessions from contemporary acts. Two blocks away in Tennessee, Paramount Bristol (518 State St. 423-274-8920, paramountbristol.org) is an opulent Art Deco movie palace from the 1930s, like a smaller version of Atlanta’s Fox Theatre, with a full fall schedule of big-name musical acts including the Blind Boys of Alabama and Jefferson Starship. Stay the night in Virginia at the Bristol Hotel ($149 and up, 115 Country Music Way. 276-696-3535, www.bristolhotelva.com), a boutique hotel next to the museum that opened in 2019 in a renovated 1925 office building. It has a rooftop bar and a chef-driven, Appalachian-inspired restaurant called Vivian’s Table. 280 miles north via I-985 to I-40 to I-26. 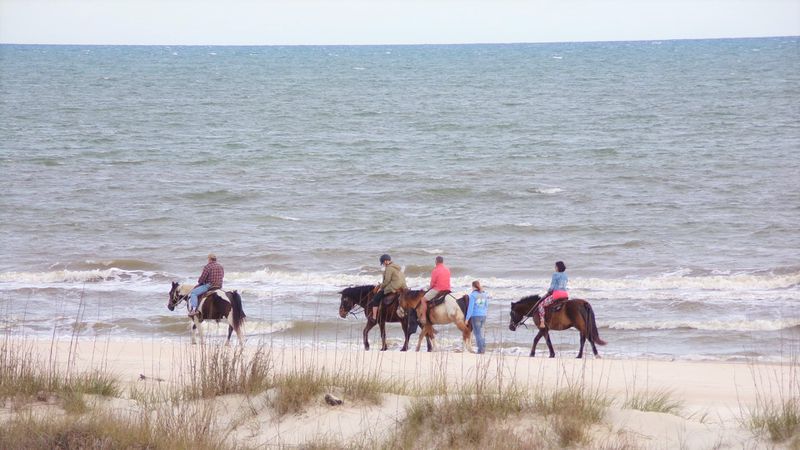 The beach at Indian Pass is a rare slice of uncrowded Old Florida along the Panhandle coast between Cape San Blas and Apalachicola. Think rural, not resort, a place where horseback riding on the beach is a popular activity with guided tours offered by a handful of local stables, including Rockin’ M Ranch (240 Cape San Blas Road, Port St. Joe, 850-227-6117, therockinmranch.com). It’s also the rare dog-friendly beach that allows canines any time of day, year-round. The 12,492-acre St. Vincent Island National Wildlife Refuge is a quarter-mile across the water from the Indian Pass public boat ramp (2850 Indian Pass Road) accessible via boat or kayak. No visit to Indian Pass is complete without stopping by the Indian Pass Raw Bar (8391 County Road 30A, 850-227-1670, www.indianpassrawbar.com), a roadside bar and grill surrounded by maritime forest where patrons serve themselves beer and keep their own tabs. Less than a half-mile away, the Turtle Beach Inn ($220 and up, 140 Painted Pony Road, Port St. Joe, 850-229-9366, www.turtlebeachinn.com) is an adults-only, no-pets-allowed beachfront bed and breakfast with four rooms that have private deck entrances, as well as two cottages behind the inn good for couples and families. Or book a pet-friendly beach house at one of the multiple properties available through Sunset Reflections (850-312-7606, www.sunsetreflections.com/indian-pass). 334 miles south via I-85 to I-185 to U.S. 27 to GA 71 to GA 98. 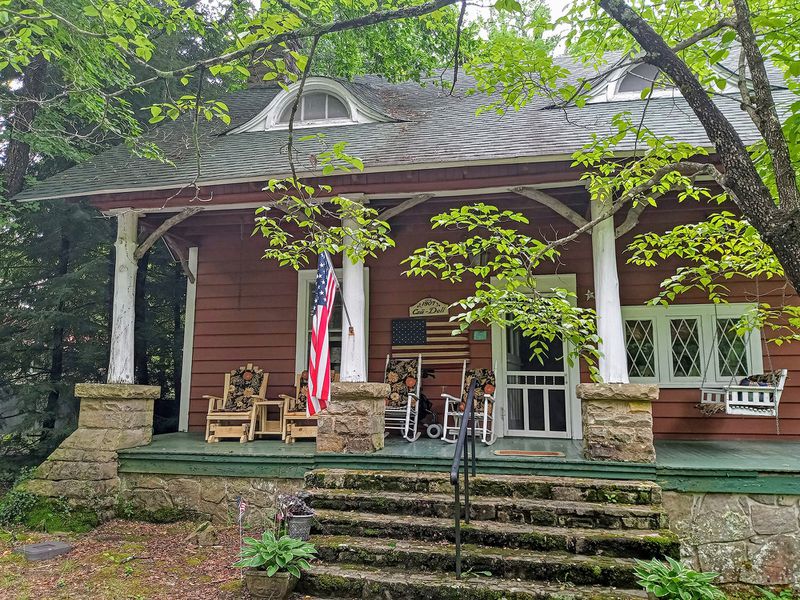 Driving along the narrow lane past the low-clearance stone gatehouse onto the grounds of the Monteagle Sunday School Assembly (1 Assembly St., 931-924-2286, monteaglesundayschoolassembly.org/cottages) is like traveling through a time portal to a bygone era where the modern world falls away in the rearview mirror. It was opened in 1883 and patterned after the Chautauqua Institution at Lake Chautauqua, New York. Known as “the Chautauqua of the South,” the Assembly has conducted its annual summer assemblies for religious and educational programs since its founding. Members gather with their families during the summer program season but rent out their Victorian and early-20th century cottages to visitors. Porch life is big in Monteagle, where face-to-face conversation is more common than screen time, and most people get around on foot or by bike. The speed limit on the grounds is just 14 miles per hour. Book a cottage directly through the Assembly or stay in a room at the Edgeworth Inn ($165 and up, 19 Wilkins Ave., 931-924-4000, www.edgeworthinn.com) on the Assembly grounds. Dine at Papa Ron’s (402 W. Main St., 931-924-3355, www.paparons.net), a longtime family favorite just outside the gates of the Assembly serving pizza and Italian fare in a casual setting. Monteagle’s location atop the Cumberland Plateau means outdoor activities abound. Stop in at the nearby South Cumberland State Park Visitor Center (11745 US 41, 931-924-2980, tnstateparks.com/parks/south-cumberland) to get information on the best hikes, views and waterfalls in the region. 161 miles northwest via I-75 to I-24.